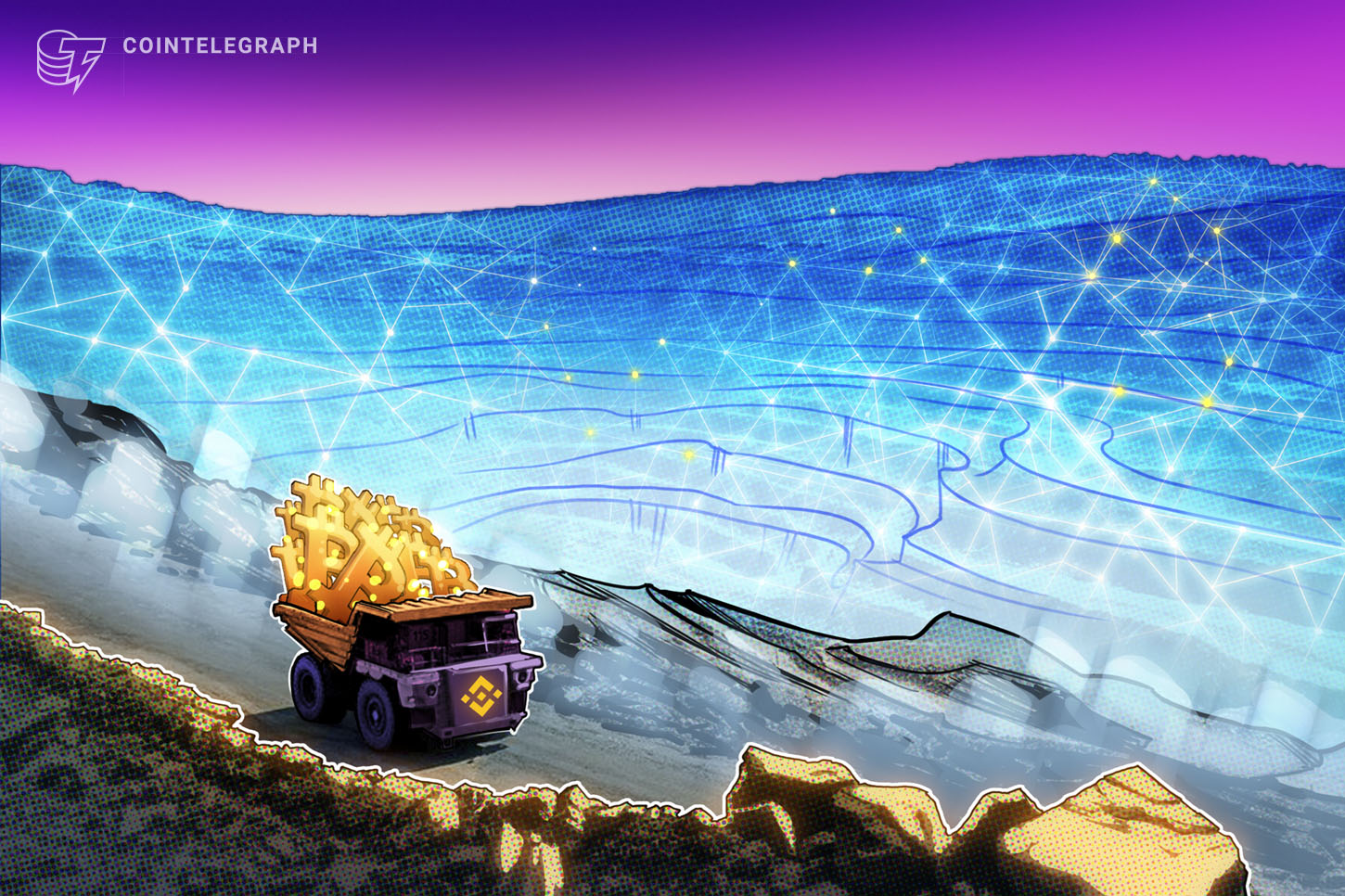 This week marked the launch of Binance Pool, a mining platform powered by one of the world’s largest cryptocurrency exchanges. Coming less than a month after Binance’s CEO Changpeng Zhao confirmed rumors of this forthcoming addition to his brainchild company’s product family, the announcement paints the new mining pool as the bridge between “traditional mining and financial services.” The lowest fees in the market and seamless integration with a full suite of Binance’s financial products are the major selling points meant to lure miners.

The news reinvigorated the debate about how big a crypto company can get before the community is justified in throwing the dreaded “c-word” (centralization, that is) at it. For Binance, criticism has been mounting up as of late.

Even before the mining pool came about, the company stirred controversy by extending its influence into the field of crypto data aggregation with the acquisition of one of the industry’s favorite token price hubs, CoinMarketCap. On top of that, the newly published outline of Binance’s prospective Smart Chain drew some sharp criticism in part for its governance mechanism’s alleged proneness to centralization. Is Binance crossing the line, becoming too big for an industry founded on the vision of disrupting centralized power structures?

Long gone are the times when geeky crypto enthusiasts could run a lucrative mining operation from their own garage, using only a repurposed antiquated PC. The spikes in Bitcoin’s popularity and market capitalization have driven mining difficulty through the roof, first igniting the hardware arms race that had led to the triumph of application-specific integrated circuits and then rendering individual home-based mining all but untenable altogether.

In order to have at least a realistic shot at a slice of the block rewards, miners were driven to consolidate their computing power in pools, divvying up the spoils according to individual hash rate contributions. In addition to hardware and electricity costs, some mining pools also charge fees for participation.

Crypto exchanges stood to gain a lot from entering into the mining scene, and so they did. The hallmark of an exchange-powered pool, as it is explained in Binance’s blog, is that “rewards go directly to the participants’ exchange accounts,” rather than to individual miners’ wallets, as in traditional mining pools. This seemingly trivial distinction makes a world of difference that can be summarized in one word: liquidity. Adam Traidman, the CEO and co-founder of BRD, a global company that specializes in blockchain-enabled financial services, told Cointelegraph:

“Apart from obvious benefits, such as revenues and increased decentralization of mining, exchanges are getting into mining [to generate] liquidity for market making. Relying on external miners and other sources for this has proven troublesome in many cases due to lack of adherence to existing liquidity contracts during times of hyper volatility.”

The first entrants among big-name crypto exchanges — Huobi and OKEx — have done exceptionally well from the very start of their respective inroads into mining pool business. Huobi Pool reported a 547% surge in its operational revenue from 2018 to 2019 — from $53 to $320 million. For OKEx Pool, it took three months from its launch in August 2019 to make the top-five mining conglomerates by hash rate. At the time of writing, OKEx and Huobi Pools rank eighth and ninth by Bitcoin blocks found, respectively.

The Googles of crypto land

Another reward that awaits big players who command massive audiences is a chance to make the most of the user base while expanding the range of products offered within their ecosystem — which is the strategy that the most successful information technology companies employ across the board.

Offering users a bundle of products allows tech powerhouses to maintain horizontal growth even as they approach the ceiling in their respective primary markets. Incentivizing existing customers to subscribe for adjacent apps and services in their ecosystem is great for retaining and expanding a loyal customer base while offering them convenient synergies and perks.

Look no further than Google, which has Gmail, Youtube, Chrome, Maps and a host of other widely popular services to complement its original value proposition, the web search engine. Every industry leader strives to be to their respective sector what Google is to the internet at large.

For a while, arguably the only viable candidate for this distinction in the context of digital asset space has been Coinbase, a company boasting both retail and professional crypto trading platforms, a wallet and a custodial service. Conceived five years after Coinbase’s 2012 debut — an eternity-sized handicap in the world of digital money — Binance appears determined to mount a challenge.

Capturing a share of the mining pie is a logical step, as Richie Lai, a co-founder of the cryptocurrency exchange Bittrex, observed to Cointelegraph: “Exchanges are trying different ways to augment their business models, and mining is a natural adjacency that exchanges may consider adding to their portfolio of products.” Alexander Blum, the COO and co-founder of the digital asset firm Two Prime, commented on Binance’s strategy:

“With a captive user base using Binance’s financial services, the mining pool simply offers an additional way to further monetize their audience. Notice that Binance is not mining itself but, instead, offering rent-seeking software services at a 2.5% fee of mining rewards (after the 0% promotion expires in May). In comparison to competing mining pools, the ability to offer promotions for loyalty and a one-stop-shop for trading, lending and savings accounts with a trusted brand will make this a competitive offering.”

Can there be a takeover?

As the world’s largest cryptocurrency exchange by volume is entering the new sector, it proclaims an ambitious agenda of innovation, increased profitability for market participants, and decentralization of hashing power distribution.

Speaking to Cointelegraph, Lisa He, the head of Binance Pool, shared a vision of the new platform where “retail and small-scale operations to institutional and professional miners alike” would profit from a range of exchange-backed financial tools, such as futures, options, savings, pool lending and more. Commenting on the concerns related to the potential centralization of mining power at Binance Pool’s hands, she argued that adding a new major player into the mix would have the opposite effect:

“By creating the Binance Pool, we’re aiming to change the distribution of hash rate across all the different mining pools and expect many users of the competing mining pools to transfer their hash rate to our platform. This will result in more decentralization, not less.”

Therefore, are fears of centralization justifiable? Industry experts whom Cointelegraph surveyed did not sound too worried. Neeraj Khandelwal, the co-founder of India-based cryptocurrency exchange CoinDCX, noted:

“While it is true that the entry of large global exchanges to the mining sector will likely see them continue to dominate a part of the BTC mining industry globally, I believe that such concerns are potentially overblown. Binance entering the space may actually have the effect of increasing the level of competition we see between BTC mining pools — reducing levels of centralization.”

Khandelwal explained that it is unlikely that one or several dominant mining powers would want to conspire and carry out a 51% attack — even having a capacity to do so — due to both the difficulty of such a collaboration and the fact that compromising the Bitcoin network this way would amount to shooting themselves in the foot.

Traidman is also skeptical of the immediate risks of increasing centralization, as it would be irrational to attack the network: “The value of the assets on the chain would go to near zero since it would essentially be invalidated. Therefore, the risk of centralization due to a 51% attack defeats itself.” Blum commented to the same effect:

“Binance’s pool introduces an elevated level of competition that other mining pools will need to compete with through whatever mechanisms they have available to themselves. This will contribute to further decentralization of hash power across newer mining pools.”

Blum thinks that the continued growth of institutional miners will offer a bullish impulse for the overall industry, as these collective projects’ capital intensive activity coupled with the imminent halving of block rewards will push Bitcoin prices up so that the miners can post a profit. Lai was also on board, saying: “I think exchanges getting involved in Bitcoin mining may actually help with the threat of BTC centralization.”

While the emergence of Binance Pool can be seen as a healthy development that boosts competition in the market at large, existing pools have a reason to become tense. The new player in the field will most likely pursue a strategy of aggressive expansion. Lisa He made no bones about Binance Pool’s plans to eventually capture the dominant share of the hash rate:

“Our first goal is to become the mining pool industry leader, and then we will discuss what specific final market share we want to achieve. Right now, the industry leader has a bit over 21 EH/s, and our goal for the next 18 months is to beat that.”

In his recent interview with Cointelegraph, Binance’s CEO, CZ, downplayed the narratives of his company getting too big. He credited market processes and users choosing Binance’s products for the company’s explosive growth, noting that it is still very small compared to the flagship corporations of the traditional tech industry.

While all this may well be true, there is little doubt that Binance is growing faster than any other leading crypto company in terms of revenues, user base and the range of digital asset-related services on offer. A lot of this will improve the overall quality of global crypto users’ experience, but the community should also remain on the lookout for any potential scenario where consolidated market power can become a problem. After all, the absence of a realistic 51% attack threat does not mean that there are no potential detrimental effects at all.

After all, in innovation-heavy industries that fundamentally influence society, a lot of negative externalities are difficult to foresee. Who, in 2008, thought that Facebook would become a prime venue for politically consequential misinformation, or that Google would engender a new brand of media economy based on monetizing user attention?

Bitcoin perpetual swap volume spikes to $30.8B despite brief affair with $9K

Here’s How Bitcoin Can Bring Digital Gold Narrative Back to…

ETH Price Analysis: Near Term Support Holds at $200 on…

Bitcoin Won as Store of Value in Coronavirus Crisis — Hedge…

Developers Vie to Implement ZCash Functionality as a Bitcoin…

Traveling light with only cryptocurrencies may not be…

German companies may be passing on Bitcoin for lack of…

Jobless claims tally could top 30 million if new filers are…

Stocks making the biggest moves in the premarket: Twitter,…

Major Donations Are Coming From Crypto Industry to Fight…

Over 66% Of Europeans Believe Cryptocurrencies Will Survive…

US Bitcoin Holders Worry About Chinese Control of the Mining…

$7.6B Sitting in Stablecoins — Is This Bullish or Bearish…

How One Bitcoin Trader Lost $11 Million in a Single Day

Bitcoin Hitting $8K Thanks to the Halving? BTC Options…